Did you enjoy watching track and field this summer in the Olympics?

While the sport tends to take center stage only once every four years, (some may argue it shares it with swimming or gymnastics), you can actually catch action almost year round. This past weekend, the 4th-to-last Diamond League meet of the year finished in Eugene, Oregon with the Pre Classic. This meet featured captivatingly fast times and impressive records, including the fastest mile ever ran on American soil, 3:47.24, by Olympic gold medalist, Norwegian 20-year-old, freak of nature, Jakob Ingebrigsten. 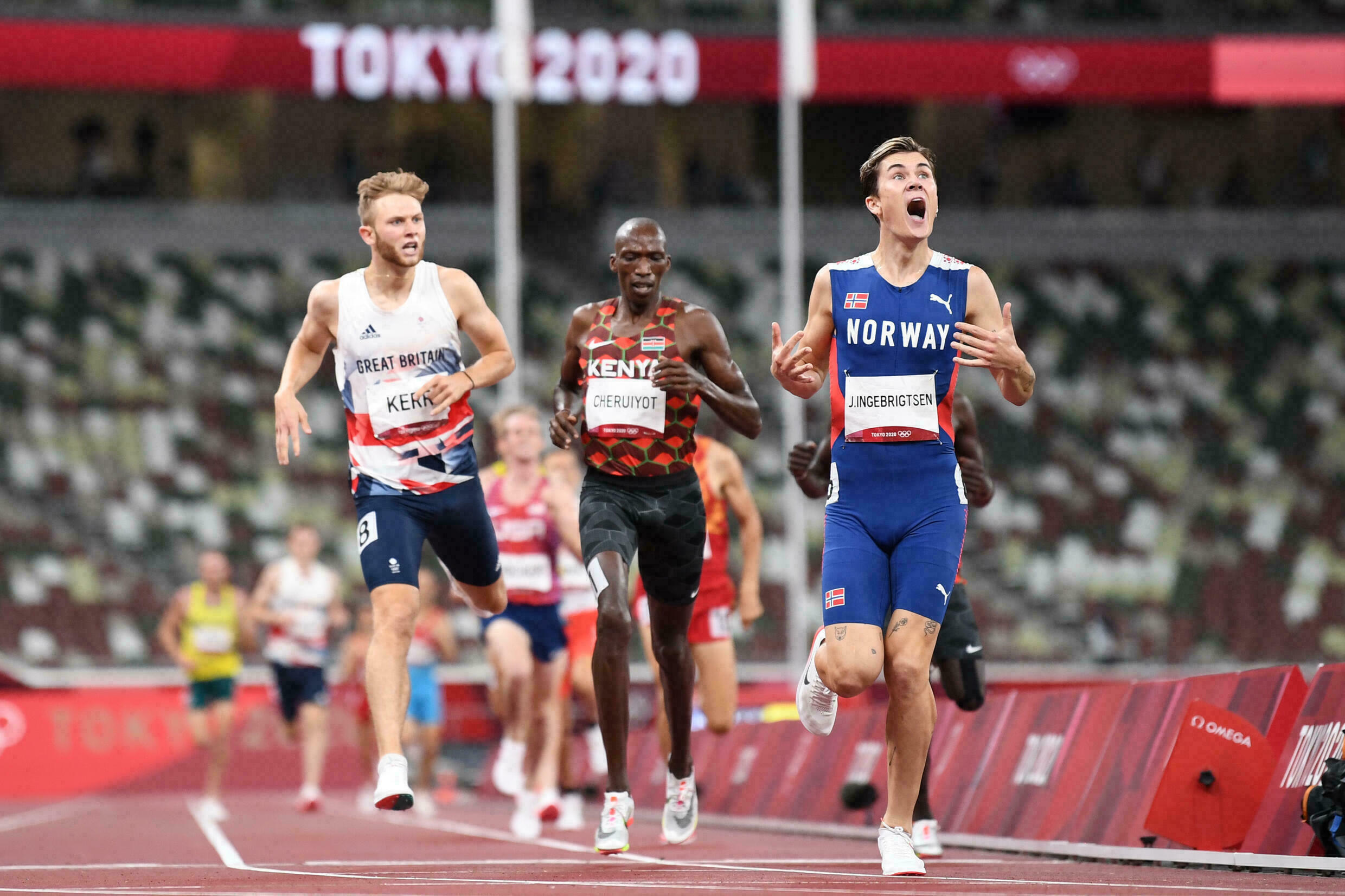 Just so you understand how fast that is, it would be back to back 1:53.04 800-meter dashes, which would win most state track meets. It wouldn’t be out of the question in my mind to see a new world record by the young lad, if not this year, maybe next year at worlds in Eugene(I am planning on going and watching live so I wouldn’t mind manifesting it into existence). This final event was truly the cherry on top for the meet. I’ll try to break down and summarize what all preceded.

There was the 2nd fastest women’s 100m ever ran by Elaine Thompson-Herah, 10.54 seconds. Thompson-Herah led the Jamaican trio to a sweep, continuing the complete dominance by the country in the event. The race also featured a bit of drama for people that follow the sport somewhat closely, as it was suppose to be a competitive match-up with the return of Sh’carri Richardson, who has ran the 6th fastest time in the event in history. Richardson served a ban right after the Olympic trials do to failing a drug the for marijuana. Richardson astoundingly got last in the event, looking very rusty but still mustering up some confidence for a instant classic, fired up post-race interview, that I associated with what was possibly nervousness and shock from getting cooked for the first time in a while. The interview includes one PG-13 word, fair warning.

While it would be easy to write Sha’Carri off, I think she will be back. She is young and has had great coaches and now has something to light a fire under her as she either continues her competition season or takes time off to work on her herself, and maybe a little PR. It will be interesting to see what Nike does with her contract. She did show a little vulnerability and some immaturity in that interview but also gave some refreshing energy and made the race personal between her, her opponents and all her hates. Which, in a sport where the typical post-race interview is a cookie cutter template about sportsmanship and gratitude, is different and will attract a different crowd and start a new conversation. I, and 99% of the world, would also lose to her by over half a second so I have no pace to talk.

Some moments that stood out to me that maybe were maybe overshadowed and not as highlighted as much were USA’s Courtney Frerichs running 8:57.77 for the 3000m steeplechase to be the first American women under 9 minutes, while placing second.

To give you some perspective on that, she would’ve been running 4:48 mile pace, WITH BARRIERS AND A WATER PIT. A truly amazing effort and accomplishment. Athing Mu continued doing epic things that no American woman has done, running a new American Record of 1:55.04. Impressively she opening up in around a 55 second first lap, meaning she could go much faster.

Another race that I enjoyed was the men’s 800m, where Marco Arop of Canada, also a Mississippi State Alum, won the race in 1:44.51 absolutely blowing the field away in the final 250m with a crazy kick. Arop is a big body and can be a force to be reckon with when he gets moving so it was just fun to watch this impressive wind up and kick against world class 800m runners, including the gold and silver medalists from Tokyo.

Marco is only 22-years-old too, scary potential that I look forward to, sorry that this video is not as good as the others, for some reason NBC was selective on their youtube videos.

It was great to see Noah Lyles in great form and leading like he had been doing most of the past year. Noah is another young talent that would be the easiest stock to invest in if that was a thing. (You will probably be able to bet on track in the near future by the way.) He won the 200m event in 19.52, the fastest time of the year so far. Lyles pounds down the straight away looking so powerful and composed.

Every event was stellar but that’s enough recapping, now I want to tell you when you can watch more.

August 25th-26th – Diamond League meet in Lusanne, Switzerland – The broadcast will be on The Olympic Channel and NBC Gold at 2:00pm ET.

What in tarnation is the Diamond League?

So the Diamond League is an annual series of elite track and field athletic competitions, comprising of fourteen of the best meets of the season. It’s sort of like the Grand Prix races schedule in Formula One racing, or the Cup Series in Nascar. The final meet in Zurich will have the top 8 athletes on the year for events 100m, 100mH, 800m; top 7 for the 200m, 400m, and 400mH, and top 10 for the 1500m, 3000m Steeplechase. The winner at the finale for their event wins a trophy and also 30,000$, quite the performance bonus. You can check out the current standings here.

Unfortunately a lot of the road races and professional track meets are coming to a close. There are a few that I can find, with little details on how to watch them:

Yakima Mile – August 28th 7:30pmET. Winners get $5,000 and up to $10,000 in bonuses if they beat the soil records or time standards. TBD on viewing details. This race will allegedly feature former Olympic Gold Medalist, Matthew Centrowitz vs. his former teammate and crowd pleasing, mullet having, favorite Craig Engels.

Boston Marathon – October 11th, 9:37amET. One of the most popular and biggest marathons in the U.S.

Both marathons have very good coverage typically, and also typically are great competitive races. Otherwise, the indoor season will kick off and carry us through to 2022. Hopefully I can post a similar article to this, recapping the final diamond league meet, the marathons, and then throughout the indoor season. Feel free to comment and reach out if there is anything you’d like to see or read in future articles and newsletters.